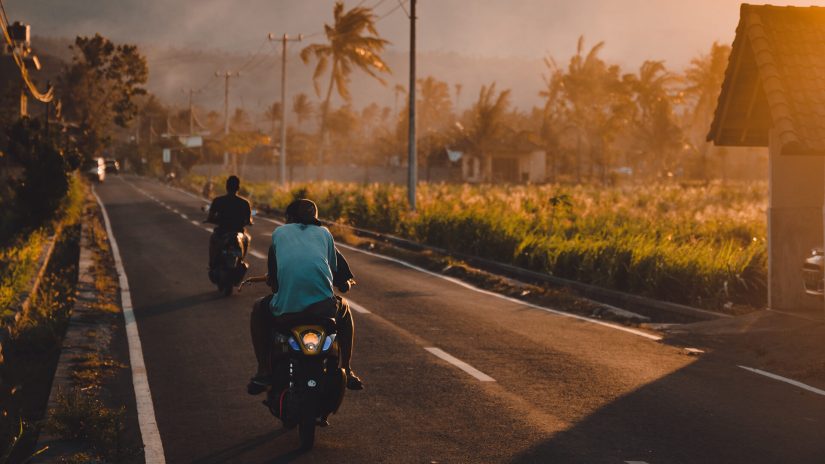 Have you ever thought about a stone that shines at night? Have you ever encountered the creativity of the universe creator that blow’s your mind? yeah, it’s true, such stones do exist in this world to enhance the beauty of life. These are commonly discovered in high-solid mountains around the world. These stones are also named glow rock, glowing pebbles, or glow minerals.

Why do some Stones Glow?

People get excited whenever they get to know about the stones that look just normal in the day but glow at night. In the 17th century, the world discovered its first natural glowing stone. At that time, it was the world’s curiosity to find the reason these stones glow. After several experiments, the reason for this faint glow came out to be that these stones glow whenever get in contact with oxygen. These stones radiate a faint glow i.e., phosphorous (a chemical substance). Usually, a chemical reaction is like every other reaction, however, one emits light among its several outputs. Further theories and experiments suggested that these natural stones eject light rays when energy from a bright light reacts with the chemicals within the mineral that reasons it to shine.

Where Glow Stones are found naturally?

These stones look like normal rocks to the bare eye however beneath ultraviolet rays, the mineral complex results in the shimmering of such rocks, for instance, many gemstones. Their glow endures up to 12 hours after 8 minutes of exposure to sunlight. These shining rocks are abundantly found on Lake Superior between Whitefish Point a Grand Marais, and on the Keweenaw Peninsula. These stones are observed to be brought down from Canada by huge ice masses.

In 2008, Ambient Glow Technology AGT™ introduces some concrete stones known as glow stones. It is the first industry that launched such manmade stones of high performance to fulfill the requirement of the modern era. They are in an exclusive amount and people are getting interestingly crazy over having these stones. These stones are used in daily life works as illustrations for making driveways, in swimming pools, etc.

Glow stones are also named photo-luminescent. These stones were firstly introduced by the concreate industry known as Ambient Glow Technology AGT™.  AGT™ especially made AGT™ glow lab. This Lab makes glow stones in such a high quality to ensure that its customers get the best glow stones that look the same as natural glow stone/ glow minerals. The AGT™ glow lab creates the photo-luminescent, formula that reasons stones to glow in the best quality and has a high glow duration. These stones are nontoxic, have 20+ lifespans, cannot be smashed, do not change their shapes due to different weather conditions, and also can be placed in any place either in the sand, on a driveway, or in a swimming pool, etc.

Due to the magical shine of these stones, these stones got attention from all over the globe. These are self-power stones that absorb and store ultraviolet (UV) spectrum light from sunlight and in the dark eject the stored energy in form of ambient light. They are designed in such a maintenance-free way that proceed with the long-lasting glow of these concrete stones by energy gaining processes in the day time and energy (light) emitting processes at night time. The luminist intensity of these glowing rocks depends on the product itself as stone size, cost, color, and the amount processed.

It only takes 50 milliseconds for users to form an opinion of your website, 48% of people said that web design was the number 1 way they determine the credibility of a business

What are Glow Stones made up of?

Glow stones are generally constituted of glass, ceramic, and plastic. The glow that uses in these pebbles is driven up by photoluminescent pigment and resin. This glow absorbs light from the sun and releases it in dark. These stones are available in plastic as it is moldable that’s why it is available in several shapes on the market. They are also available in Glass as it is rigid so it is available only in one unique shape.

How do Glow Stones work?

It works only in dark. Shine in these pebbles is made of luminous materials using photo-luminescent formula. Due to this formula, these stones look like normal stones but in dark, they shine. When these stones are exposed to light, they automatically shut themselves and start charging themselves. After complete charging whenever they introduce to the dark, they start emitting the charged particles that seem like a glow effect for the observer.

How do Glow Stones glow?

Glow stones are non-radioactive elements that are powered by Strontium Aluminate pigment. These pigments are assorted with glass or resin to manufacture a glowing pebble. The standard of these pebbles varies with the intensities of glow pigments they contain. These pigments have different qualities of glow i.e., High and low. The higher the pigment quality, the higher and long-lasting is glow rate and vice versa. The high-performance glow range of AGT™ Commercial and Ultra Grade resin is up to 10 hours.

The photoluminescent pigment compound (SrAl2O4) in the stones is globally certified by many international organizations. It is chemically or biologically proved that the material used in these stones cannot contain any high level of dangerous metals or elements.  Therefore, it is completely safe to use in homes, garden, driveways, swimming pools, and many other places of your choice. Now, it does not mean that we can eat it. It is completely dangerous for eating. The powder used in it is a completely respiratory irritant and should be handled with safety equipment through proper instruction (MSDS). It should be kept away from babies or children as they are eager to eat everything.

On the other hand, from a battery failure or electric hazard point of view, it is also secure to put them in any place either ground or in the pool as it uses sunlight to charge instead of electrical energy(battery). So, these stones can be used safely for indoor or outdoor applications.

There are millions of natural glow stones in the world. Nature has its beauty that reflects in different perspectives. Without decaying the beauty of nature, the people become so advanced in technology and make its beauty to upgrade their lifestyle. To slake the thirst of people man-made glow stones are manufactured. This enhances the beauty of life and makes it attractive. Having thousands of glowing pebbles in the global market, it’s kind of difficult to get the right one. Cutting corners if you want to buy then go ahead and buy on Amazon.